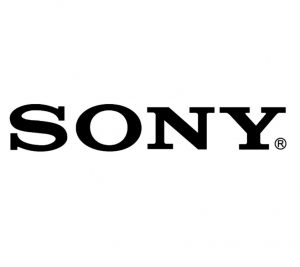 When you think of music, pre-iPod era, then the first thing that comes in mind is the Sony Walkman.  When you think of high quality computers then you think of Sony Vaio.  Sony Ericsson made great phones.  And of course the king of gaming systems would be Sony Playstation.  Entertainment would be Sony Pictures.  Sony was king of everything, at least it was back in the late 70s to early 2000s.  Personally, I own many Sony products because I love their reliability and build quality.  So it’s really sad to see the mighty Sony slowly losing their top spot in all areas of their company.
What has happened that caused Sony ($SNE) to be dethroned?  The lack of innovation and the advancement of technology caused Sony to be stuck in the past while companies like Apple and Microsoft outpace them.  Apple’s iPod practically killed Sony’s Walkman line of mp3 players overnight.  Only recently Sony decided to create a top of the line Walkman geared towards audiophiles.  But the problem with that Walkman is that it was targeted to a small group of consumers.  Also Sony decided to use proprietary charging/sync cables where everyone else uses the micro USB standard.  Yes, Apple uses proprietary cables as well but at least theirs are reversible and can be compatible with all iOS devices.
What about the Sony Vaio line of computers?  They used to make great reliable desktop computers but it was overpriced compared to other competitor’s like Dell and HP.  A few years back Sony decided to kill off the desktop line and just concentrate on making laptops.  They still made reliable and beautiful laptops but the same problem remains.  Consumers shy away from the high cost of Sony’s laptops compared to the competitor’s.  In 2014, Sony decided to splinter off their Vaio division so that it won’t drag revenue down for Sony as a whole.  Now Vaio is its own brand that still make laptops only to be sold in Japan.  Personally, I think it’s a bad decision for Vaio to sell only in Japan.  There’s still a market for high quality laptops in the professional world.  Take Apple for example: their Macbook line are built in the highest quality and it carries a high cost, and yet they still sell a great deal of them to customers that demand quality.
Sony made great feature phones back in the 90s to early 2000s with their Sony Ericsson line.  That was until the smartphone revolution came around with the emergence of the iPhone and Android phones.  Sony still make smartphones with the Android OS now but it’s just not as popular as the iPhone or Samsung’s line of Android phones.  They’re hanging in there but I’m not sure how long they can last in the phone business.
In 2014, Sony stated that the main goal of the company will be in the entertainment and gaming sectors.  I have to admit that Sony Pictures and Sony Playstation are a great revenue source but it’s very limited and there’s lots of competitors out there as well.  Luckily, Playstation still has a bit of an edge over Microsoft’s Xbox.  But their portable Playstation Vita hasn’t been much of a success at all compared to their rival, Nintendo’s 3DS gaming system.
This past Sunday I visited the Sony Style Store in the Sony Building (which they don’t own anymore).  I was the only customer there in the afternoon.  A few salesman were standing around watching TV on those nice big screens.  None of them greeted me while I browsed the store.  I was interested in getting one of Sony’s tablets and had a few technical questions about it.  I asked one of the salesman closest to me but he was completely clueless on what I was talking about.  He just said to look at the specs that’s displayed next to the tablet.  At that point I was completely turned off into buying anything at all.  Those salesman were more interested in watching TV than be willing to make a sale.  Such lack of dedication is no way to run a successful business.
No matter what, Sony needs to spin up their think-tank and start innovating again or else they will be left behind.  As a customer, I love Sony products.  They might be more expensive but they’re of better quality.  They do need to work on their sales tactics in the stores.  Bad salesman equals no business.  As an investor, Sony has been stagnant in innovations.  You see them killing off different parts of their company just to keep it afloat.  Sony even sold off their original headquarter building in Japan and also their NYC headquarter as well.  Innovate or be forgotten.

What do you think of Sony Corporation and $SNE?